With cinemas opened in Maharashtra from October 22 onwards, a series of release dates were announced by production houses. Yash Raj Films (YRF) announced an array of releases including Akshay Kumar and Manushi Chhillar starrer Prithviraj, YRF’s first historical which is set to be a visual extravaganza, which is set to release worldwide on January 21, 2022, that is, on Republic Day 2022. 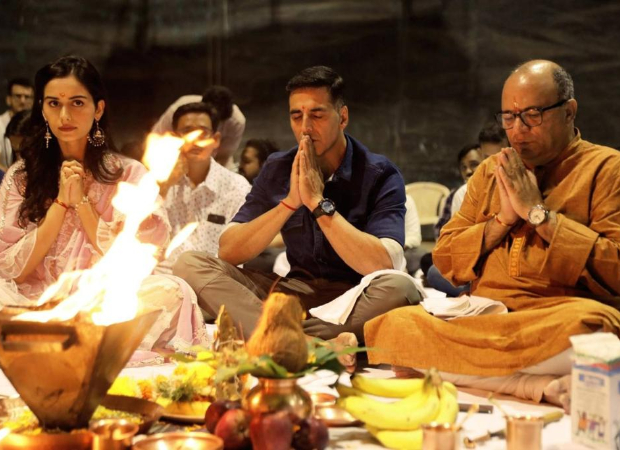 Now, it’s been revealed that the Prithviraj trailer arrives next week. The much-awaited first glimpse will also be attached to YRF’s upcoming release Bunty Aur Babli 2 which stars Saif Ali Khan, Rani Mukerji, Siddhant Chaturvedi, and Sharvari Wagh. Right after the trailer release, the promotions for the mega project begin next week itself.

Akshay Kumar is set to play Prithviraj Chauhan. It is based on the life and heroism of the fearless and mighty king who fought valiantly against the merciless Muhammad of Ghor. Manushi Chhillar debuts in Bollywood in this big-screen spectacle and plays the role of Prithviraj’s beloved Princess Sanyogita. Sanjay Dutt and Sonu Sood also star in pivotal roles in this project that has been directed by the acclaimed filmmaker Dr. Chandraprakash Dwivedi.

Along with Akshay Kumar and Manushi Chhillar, Sonu Sood and Sanjay Dutt also star in the big spectacle.