Anthologies have become the flavour of the season of late. The OTT platforms have been churning out one anthology after another catering to audiences of different choices. From Lust Stories to Unpaused to Ajeeb Daastaans to Ray to Navarasa, the Indian filmmakers have lately been exploiting the full potential of this format that offers variety in storytelling and is easy to watch for its short duration. And the trend is here to stay as many more anthologies are in the making – including the one we are exclusively unveiling today. 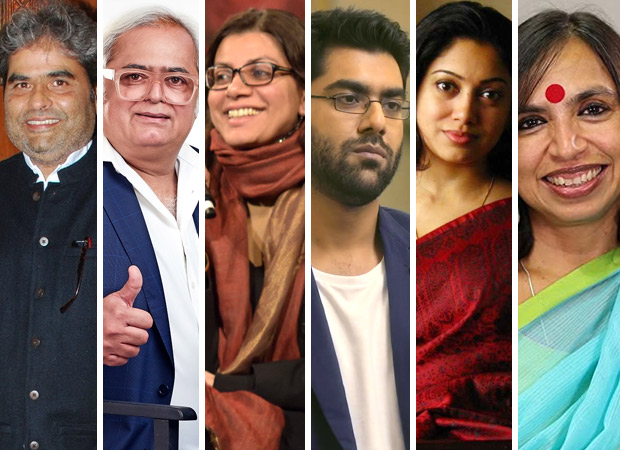 Bollywood Hungama has learnt that Amazon Prime Video is working on a romantic comedy anthology that brings together six unique and critically acclaimed directors of the Hindi cinema. The streaming giant has got on board filmmakers Vishal Bhardwaj (Haider, Maqbool), Hansal Mehta (Scam 1992: The Harshad Mehta Story), Alankrita Shrivastava (Lipstick Under My Burkha), Shonali Bose (The Sky Is Pink), Anjali Menon (Bangalore Days), and Dhruv Sehgal (Little Things) to direct six unique stories about the joys and tribulations of love. The project is the Indian adaptation of Amazon Prime Video’s hit American anthology, Modern Love that was inspired by the real-life personal essays from the popular The New York Times weekly column of the same name.

However, the Indian adaptation of the John Carney anthology will have original love stories set in India. The makers are only retaining the theme and title from the American anthology and will feature fresh stories taking place in different parts of India. An ensemble of well-known and talented actors are being brought on board this ambitious project that explores love in its multitude of forms – including sexual, romantic, familial, platonic, and self-love.

The preparation for Modern Love has been going on since August and will go on floors soon in Mumbai. Rangita Pritish Nandy who created Amazon Prime’s Four More Shots Please! series is producing this anthology under her banner Pritish Nandy Communications. It’s her second anthology for Amazon Prime Video after last year’s Unpaused which was set and filmed in the times of the COVID-19 lockdown. The five stories of love, new beginnings, second chances, and a glimmer of hope were directed by Raj & DK, Nitya Mehra, Nikkhil Advani, Avinash Arun, and Tannishtha Chatterjee.