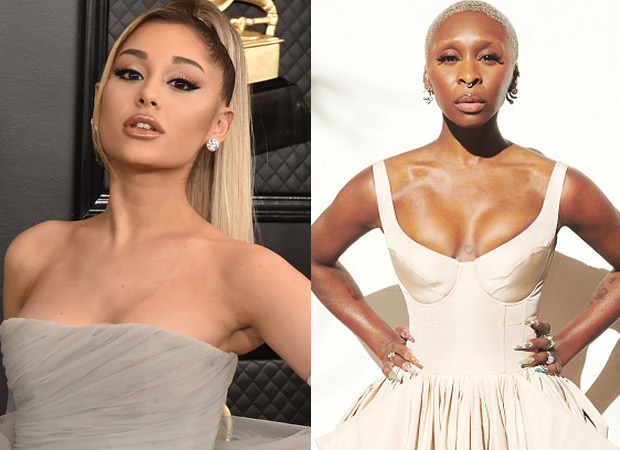 According to Deadline, Erivo will play Elphaba, while Grande will portray Glinda. Ariana Grande and Cynthia Erivothe movie is currently in development, with production set to start in summer 2022 in the UK. The film is being produced by Marc Platt through his Universal-based Marc Platt Productions. Senior Executive Vice President of Production Erik Baiers and Vice President of Production Development Lexi Barta will oversee the project on behalf of Universal.

On the other hand, Grande included photos of Erivo and her getting the Zoom call from Chu saying she was being cast in the big-screen musical; the superstar writing, “thank goodness ???? @jonmchu @cynthiaerivo @wickedmovie.”

On the work front, Erivo is a Grammy, Emmy, and Tony Award-winning actress, singer and producer, as well as an Oscar, Golden Globe and SAG nominee. She was recently nominated for an Emmy for her portrayal of Aretha Franklin in National Geographic’s anthology series Genius: Aretha. Erivo released her debut album, Ch. 1 Vs. 1, with Verve/Universal MusicGroup in September.

Meanwhile, Ariana Grande is the first artist to hold the top three Billboard Hot 100 spots since The Beatles in 1964. The Grammy-winning, multi-platinum recording artist, by age 28, has released six albums which have all gone platinum and has surpassed 98 billion streams globally. She’s Spotify’s most streamed female artist of the past decade, while rapidly becoming one of the biggest pop stars of our generation with her powerhouse vocals and unmatched presence both on stage and with her fans.

Currently, she is a coach on NBC’s The Voice and is starring in the upcoming Adam McKay film Don’t Look Up opposite Leonardo DiCaprio and Jennifer Lawrence, for Netflix.