Shah Rukh Khan and Gauri Khan’s son Aryan Khan on November 12 made a quick visit to the Narcotics Control Bureau (NCB) to mark his weekly attendance as per the NCB guidelines after he was granted bail by the Bombay High Court last month. 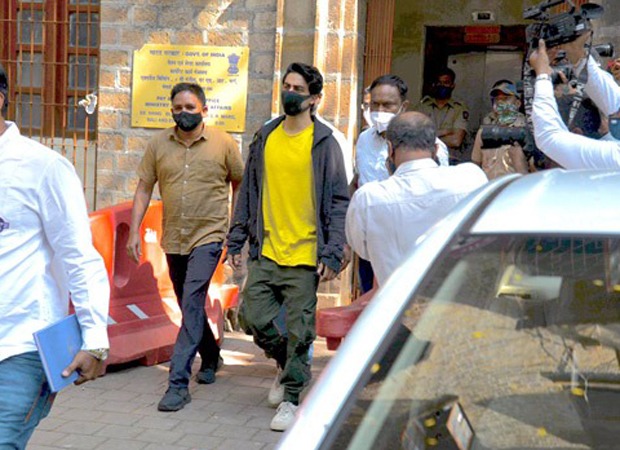 As per the reports, the star kid later in the evening appeared before the Special Investigating Team (SIT) for the cruise ship drug case. Aryan recorded his statement till midnight at the RAF office in Navi Mumbai where he was questioned about several details in connection with the drug party, such as the circumstances under which he boarded the cruise, his alleged links to the drug suppliers, his friends and other drug-related questions that likely surfaced during the NCB investigation led by Sameer Wankhede.

Currently, the investigating team is treating the case with the highest priority and wants to conclude it as soon as possible, as per reports. Besides Aryan, others accused in the case are to be questioned by the SIT for the ongoing investigation anytime soon as well.

Moreover, Aryan turned 24 on Friday, but the Khans kept their celebrations lowkey owing to everything that their son went through in the past month after he was arrested by the Narcotics Control Bureau (NCB) on October 3. Aryan Khan was later granted bail by the Bombay High Court on October 29.

Reportedly, the star kid had an intimate celebration with his family at their bungalow Mannat. His sister Suhana Khan, who is currently in NYC, also joined in the celebration over Facetime, added reports.