The comic caper, Bunty Aur Babli 2, is all set to release tomorrow, that is, Friday, November 19. It’s Thursday afternoon right now and less than 24 hours remain for the first show to commence. Yet, moviegoers are surprised as the advance bookings in certain cinema halls have still not opened, mainly in the single screens. Bollywood Hungama has found out that this is due to show sharing issues that have unexpectedly cropped up. 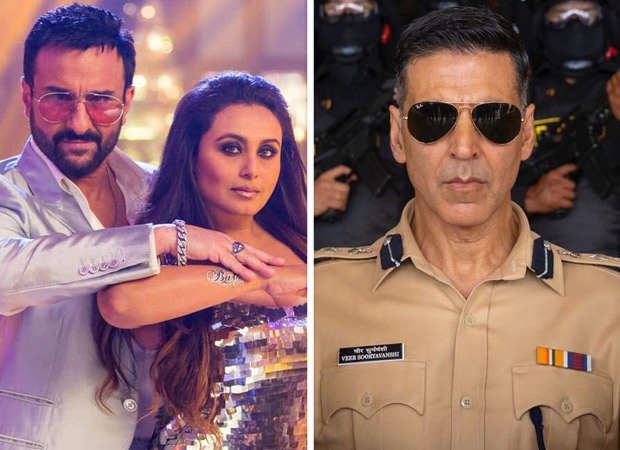 A source told Bollywood Hungama, “It is kind of a déjà vu of what happened exactly two weeks back. At that time, one of the issues was with regards to the division of shows between Sooryavanshi and the Hollywood film, Eternals. With Sooryavanshi running very successfully even on the weekdays in Week 2, the makers of the film have asked exhibitors to continue playing the film in the third week as well with 2 or 3 shows. Yash Raj Films (YRF), the producers of Bunty Aur Babli 2, has also meanwhile asked for 3 shows a day in single-screen theatres. As a result, exhibitors are now trying to figure out how to find a solution to this situation.”

The source further said, “Sooryavanshi has already completed two weeks but is still doing well in many properties, particularly in Maharashtra and Gujarat. Maharashtra, meanwhile, has 50% occupancy and one of the reasons why many have still not seen the film is that they didn’t get tickets earlier. So a chunk of viewers will be watching the film in the third weekend. So it’s obvious that the makers of the film want cinemas to keep playing the film with a sufficient number of shows. They are also probably are looking at crossing the Rs. 200 crore mark for which Maharashtra will play a significant role.”

And that’s not all. The source said, “A Marathi film, Jhimma, is also releasing tomorrow in cinemas. It carries great buzz and is also in a way the first major Marathi theatrical release after March 2020. So the theatres located in areas where Marathi films do well need to accommodate Jhimma along with Sooryavanshi and Bunty Aur Babli 2. Hence, it’s no surprise that even Jhimma’s advance hasn’t started everywhere.”

However, a trade expert assures that there’s nothing to worry about, “It’s not a hair-tearing situation like the one during Diwali, before the release of Sooryavanshi. All the concerned parties are working towards finding a consensus. The advance bookings will start everywhere from today evening for sure.”

Also Read: “I lost 70% of what I had earned till then”, says Saif Ali Khan as he was scammed in a property deal in Mumbai