For an industry that has explored diverse genres, Bollywood has only a handful of female buddy films. Set to take Priyanka-Katrina-Alia’s Jee Le Zaraa on floors next year, according to print publication Farhan says telling women’s stories is “healthy” for the creative world. 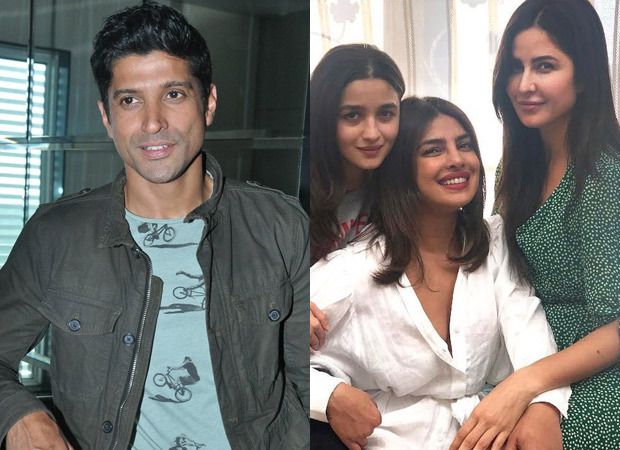 Akhtar states that Jee Le Zaraa, written by Zoya Akhtar, Reema Kagti and him, is his attempt to see the world through the gaze of women, “Whether it’s a drama, comedy or thriller, there should be films made about women. That balance is healthy for the creative world. Where you have the male point of view, you also have the female point of view on things. Emotionally, the construct of the two is similar on a certain plane yet different. To see the world through women’s eyes is important in popular culture. The more we embrace it, the healthier it will be for society.”

Akhtar hopes to take the road-trip movie, slated for a 2023 release, on floors next year. “The plan is to get into production in the latter part of next year. I am overjoyed at the response to the announcement. It goes to show that there is space for stories about girls going out and doing their thing.” Shooting in the post-pandemic world will be a novel experience for the director-actor. While he is glad that the wheels of the entertainment industry are turning again, Akhtar believes the emotional repercussions of the pandemic will be understood at a later stage.

In August, on the 20th anniversary of Dil Chahta Hai (2001), Farhan Akhtar announced that he will return to the director’s chair with Jee Le Zaraa, starring Priyanka Chopra Jonas, Katrina Kaif and Alia Bhatt.

The post Farhan Akhtar says Jee Le Zaraa is an attempt to see the world through women’s point of view appeared first on Bollywood Hungama.