John Abraham FINALLY admits that he’s a part of Pathan; reveals that he has gone SHIRTLESS in the Shah Rukh Khan-starrer

One of the biggest films of 2022 is definitely going to be Pathan. It will be the comeback film of sorts for Shah Rukh Khan as it was the first film that the superstar started shooting for after his last film, Zero (2018). Interestingly, the producer of this film, Yash Raj Films (YRF), has not yet announced this venture although it went on floors exactly a year ago. Not just this film, even their other upcoming films like the Salman Khan, Katrina Kaif and Emraan Hashmi-starrer Tiger 3, Vicky Kaushal’s next directed by Vijay Krishna Acharya and Aamir Khan’s son Junaid’s debut vehicle too haven’t been officially announced. That’s because YRF plans to announce it in a grand style as part of the 50th anniversary celebrations of the esteemed production house. Until the films are not announced by YRF, the actors of these films, it seems, have not been allowed to speak about it. 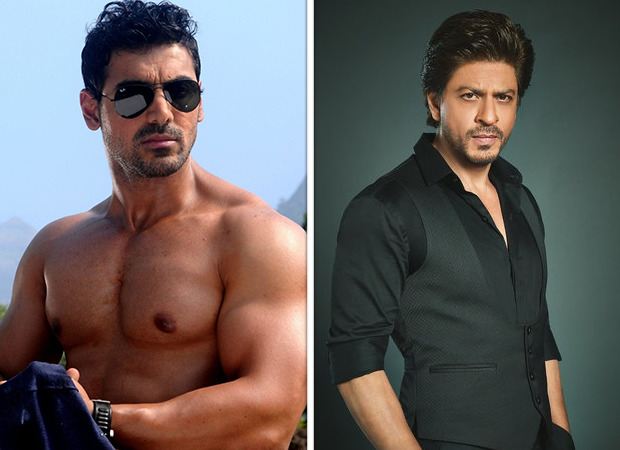 Hence, it was pleasantly surprising when John Abraham, one of the actors in Pathan, admitted that he’s indeed a part of the Siddharth Anand film. In a video uploaded yesterday by an entertainment portal, John can be seen reading some of the comments made by netizens on the trailer of his upcoming film, Satyameva Jayate 2. While reacting to a comment made by a user on the shirtless avatar of John Abraham in the Milap Zaveri-directorial, John decided to mention his future films in which he’ll be seen bare-chested. This is where he takes the name of Pathan. He also reveals that he has removed his shirt in Ek Villain Returns and Attack as well.

Besides Shah Rukh Khan and John Abraham, Pathan also features Deepika Padukone. Salman Khan, too, will be seen in the role of Tiger in Pathan. Interestingly, before John, Salman was the only actor who had admitted that he’ll be seen in both Pathan and Tiger 3.

The post John Abraham FINALLY admits that he’s a part of Pathan; reveals that he has gone SHIRTLESS in the Shah Rukh Khan-starrer appeared first on Bollywood Hungama.