Popular Television and Bollywood actress Karishma Tanna’s dating rumours have been around the corner for a very long time. The actress was rumoured to be dating real-estate businessman Varun Bangera. Now, several reports have confirmed that the actress has apparently got engaged to Varun. 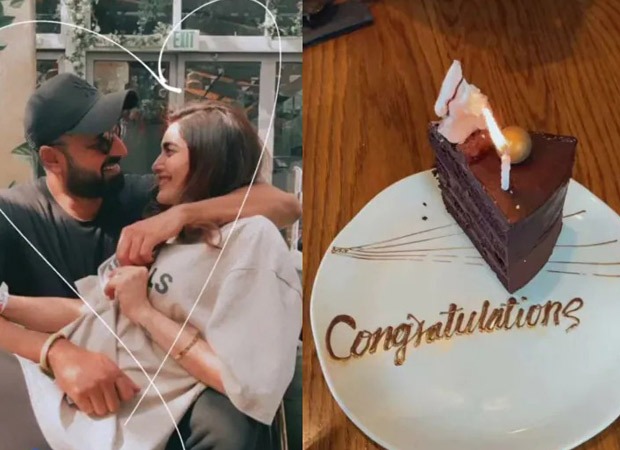 Karishma and Varun have reportedly got engaged today after dating for a long time. The engagement happened in the presence of close family members and friends. The duo met through a common friend Suved Lohia and since then has been going strong ever.

Apart from that, Varun Bangera even shared a cosy picture with Karishma Tanna on his social media account, while the actor has shared a photo of a cake with congratulations written over it.