South Korean actor Kim Seon Ho’s casting in the film Sad Tropics will remain unchanged. Amid the controversy surrounding him and his ex-girlfriend, the makers of the film won’t be replacing Kim Seon Ho as the lead actor. 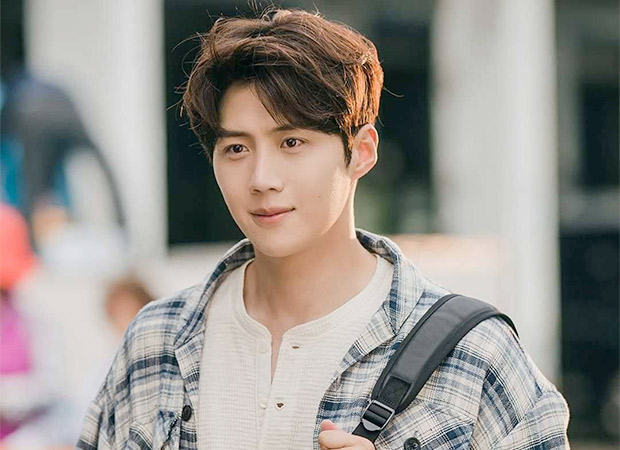 According to Korean tabloid Soompi, the production company NEW shared, “After much deliberation, the producers of Sad Tropics have decided to film the movie this year with actor Kim Seon Ho.”

Sad Tropics is a story about a man who has a Korean father and a Filipino mother. He dreams of becoming a boxer and comes to Korea to find his father who abandoned him. The film will be directed by producing director (PD) Park Hoon Jung, who produced hit films like New World, V.I.P, and The Witch: Part 1. The Subversion. Go Ara is in talks to also star in the film.

According to Star News tabloid, while the film was originally scheduled to go into filming in mid-November, they now plan to begin shooting in December. This confirms that Kim Seon Ho will be making his big screen debut through Sad Tropics.

Last month, Kim Seon Ho was involved in a controversy after his ex-girlfriend uploaded an anonymous post alleging that her unnamed actor ‘K’, her ex-boyfriend had manipulated her into getting an abortion under false pretenses. Kim Seon Ho admitted that he was the actor mentioned in the post and released an official apology. Following the controversy, Kim Seon Ho was removed from two films he had been confirmed to star in director Kim Deok Min’s omnibus film Dog Days and director Lee Sang Geun’s romantic comedy film 2 O’Clock Date.

Since then, Dispatch released two articles sharing a closer look at the events that actually took place between Kim Seon Ho and his ex-girlfriend. In the second report released on November 1, Dispatch reveals more KakaoTalk messages shared between Kim Seon Ho and Choi Young Ah at the time that she found out she was pregnant. The tabloid revealed 22 pages of their conversation that Choi Young Ah took screenshots of and sent to her acquaintances. The conversations were revealed to Dispatch by those acquaintances.

Choi Young Ah’s acquaintance explained that they both didn’t expect the pregnancy. She herself had given up on it, saying, “It’s hard for me to get pregnant.: That’s why she told Kim Seon Ho, “She really thought she wouldn’t get pregnant”  Kim Seon Ho was reportedly upset about the sudden pregnancy, excited about the baby, but worried about his girlfriend, all at the same time.

In Choi Young Ah’s online community post from October 2021, she wrote that he had told her he felt like she was “his” and “like his family” when she was six to seven weeks pregnant. But Kim Seon Ho had called her “his person” and “his family” since July 2020.

In her online community post, Choi Young Ah had written, “He said that if he has a child now, he’ll have to pay 900 million won (approximately $764,850) in damages and that he didn’t have 900 million won at the moment. He coerced me into getting an abortion by asking what I’d do if he can’t act anymore because of the child and if that forces even his parents to lose their home.”

An acquaintance of Choi Young Ah said, “Seon Ho said he couldn’t watch 2 Days & 1 Night at the time because he felt guilty about smiling and laughing.” Choi Young Ah had written in her community post that Kim Seon Ho had “suddenly changed after the abortion but they continued to maintain a sweet relationship as seen from the chats.

According to an acquaintance, Choi Young Ah was unable to accept the breakup and went to the temple, church, got tarot readings, and more. “She said she would wait until the end of early morning worship. She said if he doesn’t return, she wouldn’t let it go…She said she can’t forgive seeing him active. She said she would rather destroy him. But meanwhile she kept on seeing those guys around her.”

Also Read: Kim Seon Ho’s friends reveal details of his relationship with his ex-girlfriend; say it was a consensual decision on abortion