Radhika Madan starts shooting for her next film titled Kuttey

Actress Radhika Madan has come a long way in the industry. From starting out her career doing television to now movies, she has made a successful transition. The actress has many projects lined up on her kitty and recently started shooting for one of them titled Kuttey. 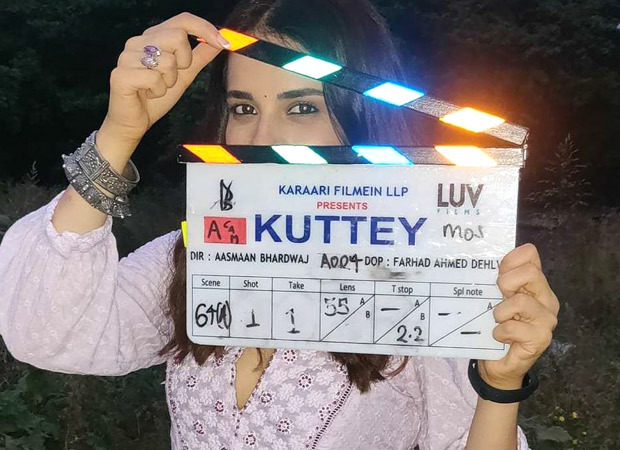 Taking to her Instagram, Radhika made the announcement on Sunday. She shared a picture of herself in which she can be seen holding a clapboard. Sharing the picture, Radhika simply captioned it “Back Home” with a red heart emoticon.

Produced by Luv Films and Vishal Bhardwaj Films, Kuttey marks the directorial debut of Vishal Bhardwaj’s son Aasmaan Bharadwaj. It is also the very first collaboration between the production houses which was announced back in August this year. Apart from Radhika Madan, the film also stars Arjun Kapoor, Konkona Sen Sharma, Naseeruddin Shah and Tabu in pivotal roles.