After a vacation in the mountains, Sara Ali Khan and Janhvi Kapoor have gotten into the festive mood. On Tuesday, the actors attended designer Manish Malhotra’s Diwali dinner, which was also attended by Janhvi’s sister Khushi. 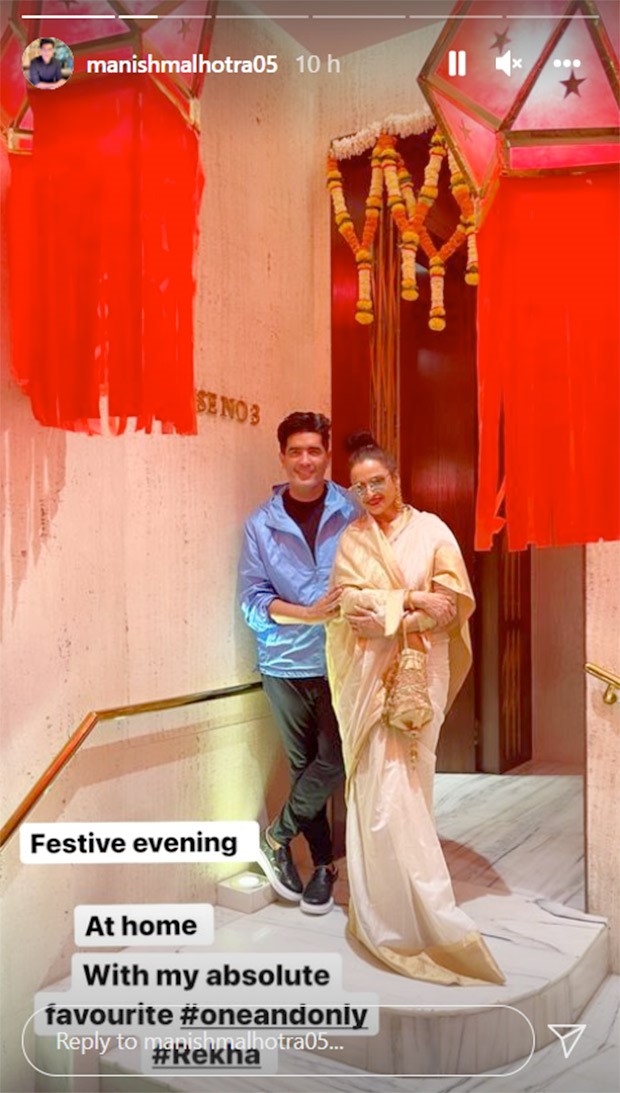 Taking to his Instagram story, Manish shared a photo with the girls and captioned it as, “Dinner at home, festive lights and some catching up with the gorgeousssssss girls.” In the photo, Manish was looking cool in his printed sweatshirt and Janhvi was dressed in a layered dress. Sara, on the other hand, opted for a white cotton salwar-suit, Khushi chose for an off-shoulder top.

Sara was quick to repost the story on her Instagram handle and thanked the designer for inviting them. She wrote, “Thank you for a fun, chilled evening and a lovely dinner as usual.” 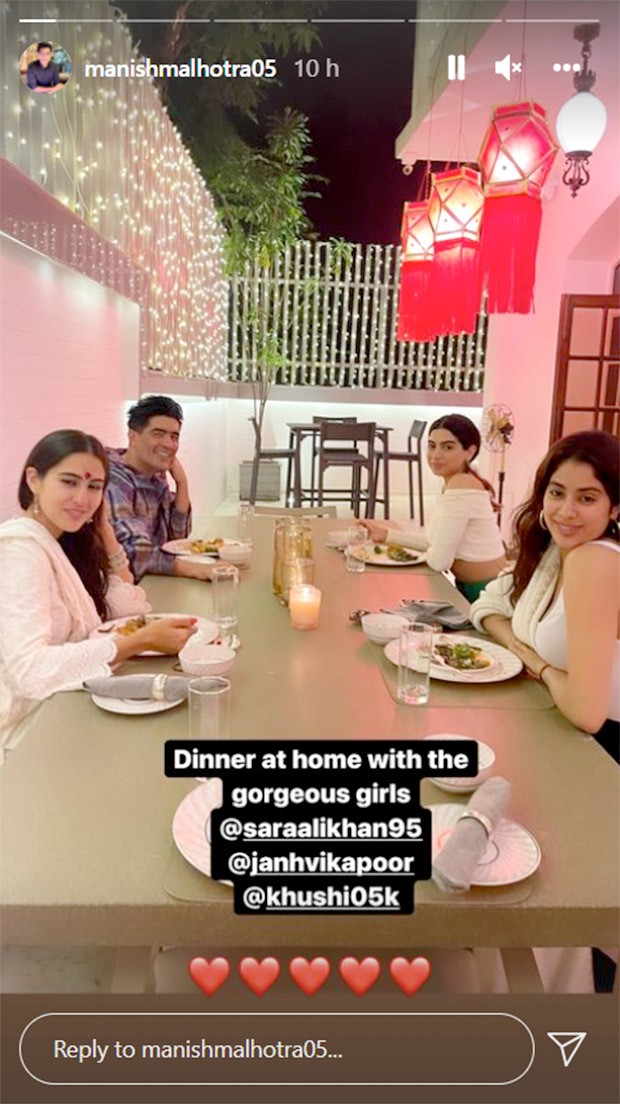 Manish also shared a photo with iconic star Rekha. She too opted for a white saree, with a golden border and paired it up with a statement potli bag. “At home with my absolute favourite #oneandonly Rekha,” the designer captioned the photo.

On the work front, Sara was last seen in the film Coolie No. 1, alongside Varun Dhawan. She is awaiting the release of her film Atrangi Re with Akshay Kumar and Dhanush. Janhvi, meanwhile, has Good Luck Jerry, Takht and Dostana 2 in her kitty.

Also Read: “I don’t think mom had laughed in 10 years” says Sara Ali Khan as she recalls Saif Ali Khan and Amrita Singh were unhappy together