It was one of the most hectic days in the Hindi film industry as never before has the advance booking of a film opened up less than 12 hours before the first show. Bollywood Hungama has been a constant in reporting the revenue sharing disagreements between Reliance Entertainment and the National Multiplex Chains. 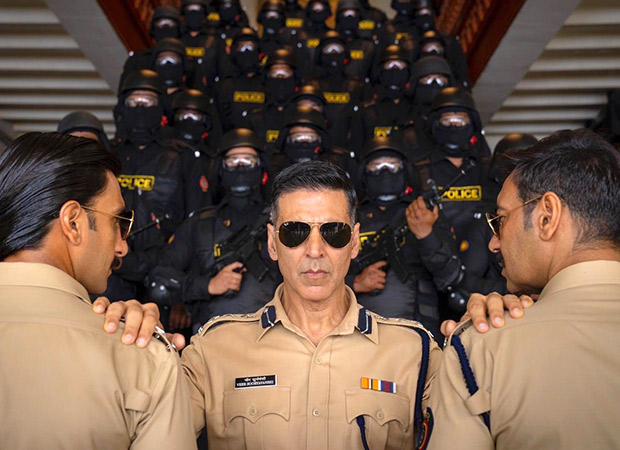 While all through the week, Reliance was adamant on 60% revenue share for Week 1, National multiplex chains were refusing to up the usual norm of 52.5%. Finally, the stakeholders settled late on Thursday night with advance bookings opening up at 10.30 pm. “While Rohit Shetty kept a bit of distance from the revenue share issue till Wednesday, he was completely involved in all decision making on Thursday. Right from morning, he headed all meetings with Reliance and Multiplexes trying to find a solution. He held on to the film for a big screen release for 20 months and wanted it to reach the audience all across India in the best possible way. Hence, letting go off a multiplex release was not exactly an option,” an insider informed Bollywood Hungama.

The insider adds, “Finally, Rohit brought Reliance and Multiplex Association on the common ground with all parties agreeing to a revenue sharing model of 55% in the first week. This was somewhere in between the first offer of 50% made by national chains and 60% made by Reliance. Rohit even tried to sort out the show sharing issues with Disney. While the studio wasn’t available for the meetings, Rohit sat down on the showcasing front to ensure that Sooryavanshi gets maximum showcasing without compromising much on the Hollywood Film, Eternals. Finally, things fell in place on this busy Diwali day.”

The movie is now releasing on nearly 4200 screens in India today and is expected to set the box office on fire. Sooryavanshi features Akshay Kumar, Katrina Kaif, Ajay Devgn and Ranveer Singh and is a part of Rohit Shetty’s cop universe.

Also Read: “Industry’s best foot forward to bring people back to the cinemas” – YRF wishes team Sooryavanshi on its release