The untimely demise of Sushant Singh Rajput resulted in a major controversy and raised questions on the credibility of the Bollywood film industry like never before. But the celebrity who suffered the most was Rhea Chakraborty. The actress was in a relationship with Sushant and she was accused of abetting suicide, cheating, theft in the late actor’s house and later even drug consumption. The Narcotics Control Bureau (NCB) jumped into the fray and they alleged that she was an ‘active member of the drug syndicate’. The actress along with her brother Showik was even arrested and had to spend around a month in jail before they were granted bail by the Bombay High Court. 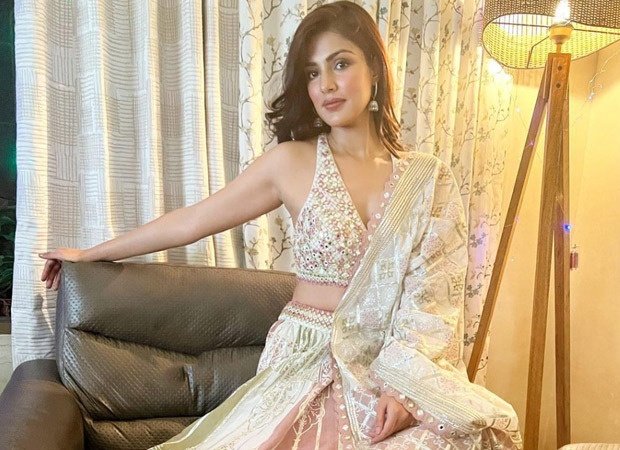 Now it has come to light that a special NDPS (Narcotics Drugs and Psychotropic Substances) court has agreed to Rhea Chakraborty’s plea to defreeze her bank accounts. Her accounts were frozen by the NCB when she was booked in the drugs case. Moreover, the court has also allowed a separate plea to reclaim her laptop and phone from the agency.

Rhea Chakraborty had made a plea to the special NDPS court which said that her bank accounts have been frozen for over the last 10 months and that it has caused her prejudice. She further said that it was necessary to be defreezed so that she can support her lifestyle and that of her brother Showik. The court, while agreeing to her plea, also directed her to execute an indemnity bond of Rs. 10 lakh.

There was widespread anger for Rhea Chakraborty after a lot of accusations were slapped on her by the NCB and also by Sushant Singh Rajput’s family. However, many of the charges couldn’t be proved. In March this year, a 12,000-page chargesheet was filed by the NCB which stated the actress funded drug deals and harboured offenders. Rhea’s lawyer Satish Maneshinde called the chargesheet ‘damp squib’ and that it stood ‘on the foundation of inadmissible evidence’.

As the public anger subsided, Rhea Chakraborty once again got active on her Instagram handle. Recently, she was seen in the Amitabh Bachchan-Emraan Hashmi starrer Chehre and her supporting act was well received.

Also Read: Rhea Chakraborty is all adorable and sun kissed in the ‘resilience’ selfie with brother Showik

The post Rhea Chakraborty’s bank accounts to be defreezed after approval from NDPS court appeared first on Bollywood Hungama.