Sanjay Dutt has had a year with a movie release and full of signings. The actor was once again at his personal best as he took on a new avatar and new look for his role. The actor enjoys a great fan following and this makes him one very attractive ambassador, as the actor has now taken on the role of ambassador of Zanzibar. 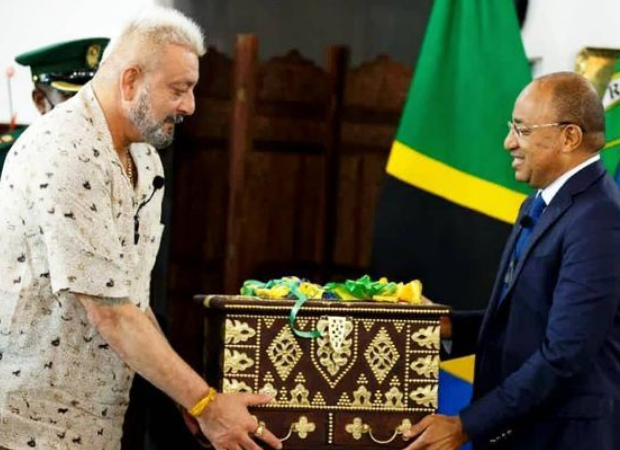 Taking to his social media handle, Sanjay Dutt shared multiple pictures of himself with Hussein Mwinyi and other people in power in Zanzibar, as he shared his pleasure in contributing to the Investment, Health & Education sector of Zanzibar as well as be the ambassador to promote tourism for this beautiful island city. The actor sported a natural look with grey hair and a grey beard and wore a light brown T-shirt with Ochre Yellow pants and white shoes to complete the semi-casual look.

“It was a pleasure to meet you @dr.hmwinyi. I am honored to have the opportunity to contribute to the Investment, Health & Education sector of Zanzibar as well as be the ambassador to promote tourism for this beautiful island city, with the support of your government.”

Sanjay has three pictures lined up for release. Toolsidas Junior, Shamshera and the much-awaited KGF Chapter 2 are all part of his upcoming movies.