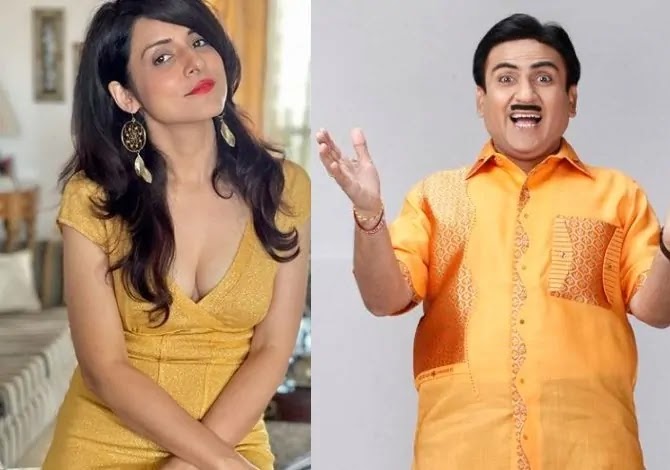 Taarak Mehta Ka Ooltah Chashmah: The acting and speaking style of the actors of their comedy show ‘Taarak Mehta Ka Ooltah Chashmah’ on SAB TV are very much liked by the fans. Whether it is the ‘Hey Maa Mata Ji’ punch line of ‘Dayaben’ or the way of Bonlay’s ‘Jethalal’. Everyone’s special style has settled in the hearts and minds of the audience. This show is making its presence on TV for the last 13 years. At the same time, this show always remains ahead in the TRP list. There have also been many such characters in this show whose entry has made the show memorable forever. Yes, one such character was Jethalal’s ‘Kashmiri Biwi’ ie Gulabo. With the entry of Gulabo, there was a lot of explosion in the lives of Jethalal and Dayabhabhi. Even though the role of Gulab in the show was quite small but was well-liked. Let’s know who was that ‘Gulabo’…

In the show ‘Taarak Mehta Ka Ooltah Chashmah’ Jethalal’s character of ‘Kashmiri Biwi’ i.e. Gulabo was played by the famous TV actress Simple Kaul. Simple is quite bold in real life. You will remember that once when Jethalal i.e. Dilij Joshi went to Kashmir with friends to attend his bachelor party on the show.

At the same time, she also took part in the shooting of a film there. In the same film, ‘Gulabo’ i.e. Simple Kaul became the wife of ‘Jethalal’. This role was taken so seriously by the ‘Gulabs’ that she actually started considering Jethalal as her husband and came to Mumbai in search of him. Not only this, she had even filed a case in the court to get Jethalal.

At the same time, she had also set up a tent in the Gokuldham Society, but the love of roses faded in front of Daya Bhabhi’s love and the roses had to return.Let us tell you that Simple Kaul started his career in the year 2002. She has done ‘Kusum’, ‘Kutumb’, ‘Shararat’, ‘Yeh Meri Life Hai’, ‘Ba Bahu Aur Baby’, ‘Aisa Desh Hai Mera’, ‘Teen Bahuraniyan’, ‘Saas Bina Sasural’, ‘Genie Aur Juju’.

He has worked in TV serials like ‘Suvrin Guggal-Topper of the Year’ and ‘Bhakharwali’. She has been very active on social media along with acting. Simple keeps sharing her glamorous pictures every day.

Apart from acting, she is also a business woman. She has 3 restaurants, which she has opened in Mumbai itself. Simple married Rahul Loomba in the year 2010. At the same time, she has also messed with Salman Khan once. In fact, in Bigg Boss season 12, Simple did not like one thing Salman said and in support of his friend Karanvir Bohra, she told Salman a lot on Twitter.