Hola, it's finally the weekend! Before you get on with it, let's check out the trending TV news of the day.

Sidharth Shukla passed away on 2nd September 2021 after suffering a tragic and sudden heart attack. It was a huge shock for the whole country to learn about his demise. Shehnaaz Gill was utterly devastated. The actress is still grieving his demise. A couple of weeks ago, she dropped a tribute song Tu Yaheen Hai for her dear friend. And now, Sidharth Shukla's family is going to release a rap sung by Sidharth as a test on his birth anniversary. Shehnaaz Gill is seeing that everything goes perfect!

A video of Rakhi Sawant's mysterious husband Ritesh entering the house of Bigg Boss 15 is going viral on social media. Rakhi is seen welcoming him with a pooja ko thaal. Ritesh enters the house with a sehra much to the surprise of the contestants. Before he makes his entry, Rakhi dances to Mera Piya Ghar Aaya.

Raqesh Bapat had entered the house of Bigg Boss 15 for Shamita Shetty a couple of weeks ago. However, he soon left due to his medical condition. Raqesh had penned a heartfelt note and revealed that he was in pain due to kidney stones. Shamita was angry with Raqesh for leaving the show mid-way. Later, she left the house on medical grounds and re-entered the house again after a week. Now, Raqesh is rooting for Shamita from outside. He is sending his best wishes and love in the form of a memento for Shamita. It's his denim hoodie that Raqesh is sending. He shared the picture on his Instagram stories and a couple of hours ago. "Objects maybe material but when attached with emotions they become precious, like this surprise coming your way. With you metaphorically today but in the journey always. #HeartsConnected #BringTheTrophyHome #BiggBoss15 @shamitashetty_official #Shara," he wrote in the caption. Check out his story snap below: 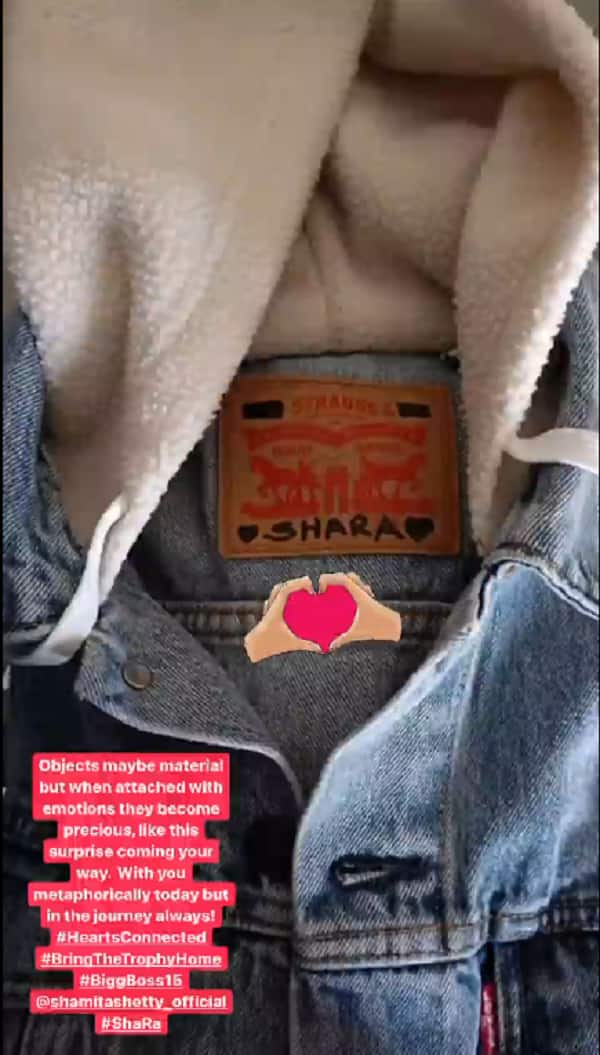 Check out her pics here: Shehnaaz Gill's unseen pictures from an old photoshoot prove that she'll always be the boss lady

In a shocking turn of events, Jay Bhanushali, Vishal Kotian and Neha Bhasin were eliminated from the house last night. And the first thing that Jay did was share a video with his beloved daughter Tara.

Watch the adorable video here: Bigg Boss 15: Jay Bhanushali is the happiest as he reunites with daughter Tara post eviction; their adorable video will warm your hearts watch

Nakuul Mehta, Disha Parmar starrer Bade Acche Lagte Hain 2 which began in August this year is reportedly going off-air. As per a report in TellyChakkar.com, the romance drama will air its last episode on 18th December 2021.