The upcoming Netflix series Hunting Dogs has announced its confirmed cast. As reported previously, Park Sung Woong‘s agency C-JeS confirmed that he will be starring in the drama. On November 5, the drama makers announced that Woo Do Hwan, Kim Sae Ron, Lee Sang Yi, and Heo Joon Ho will be joining him. 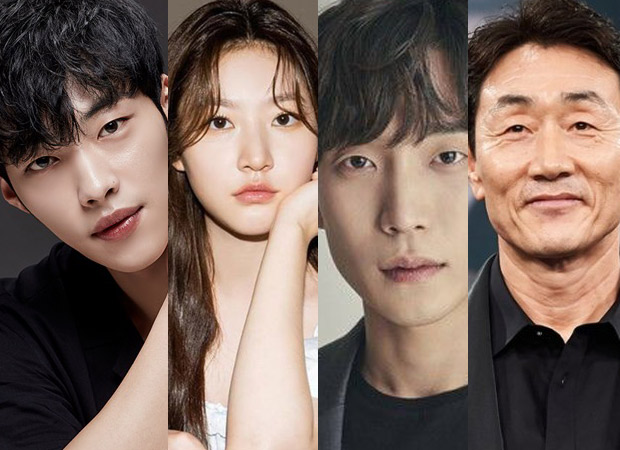 According to Korean tabloid, the drama Hunting Dogs, based on a webtoon of the same name, is an action noir about three men who try to get out of debt and also become intertwined because of debt. Woo Do Hwan, will be playing Gun Woo, who entered the world of loan sharks to pay off his debts. He was a promising boxer who won the Rookie of the Year award, but after meeting Mr. Choi, he became a bodyguard.

Lee Sang Yi will take the role of Woo Jin, who met Gun Woo as a rival boxer but eventually ends up working with him. Woo Jin, who has some experience with daily installment, will help Gun Woo, who is ignorant about the private loan business. Park Sung Woong’s character is Myeong Gil, a vicious loan shark with dark ambitions who will get into a tense confrontation with Mr. Choi.

Kim Sae Ron will star as Hyun Joo, who is like family to Mr. Choi and will succeed him. Mr. Choi will be played by none other than the veteran actor Heo Joon Ho. He was once a legend in the private loan business, but now, he lends money to sick people without interest. Curiosity is already mounting over why he quit his successful private loan business and what kind of backstory he is hiding.

Hunting Dogs will be co-produced by Studio N, Seed Films, and SEVEN O SIX and will be written and helmed by director Kim Joo Hwan of Midnight Runners and The Divine Fury.

Also Read: From Goblin to Tale of the Nine-Tailed, 10 times Lee Dong Wook impressed with his alluring personality and acting prowess