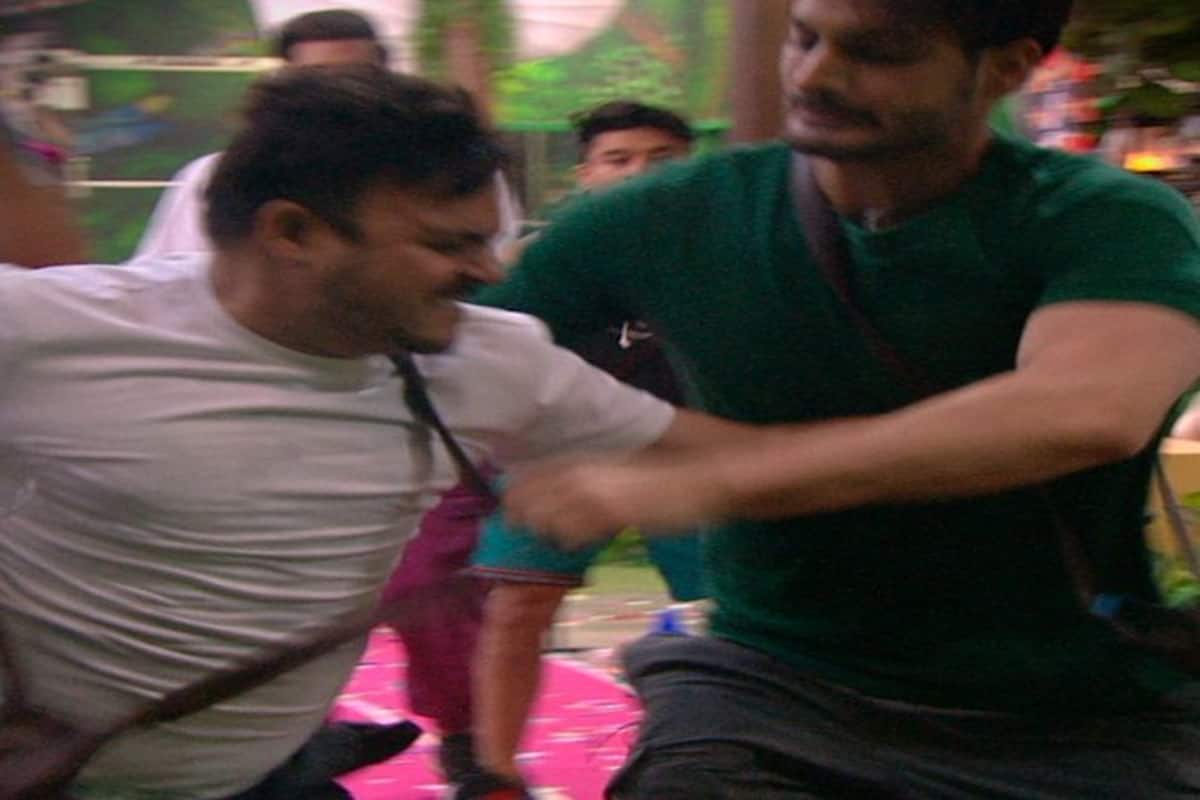 It looks like Rakhi Sawant and her husband Ritesh have resorted to violence inside the Bigg Boss 15 house. On Monday's episode, we saw Ritesh charging upon Umar Riaz and challenging him to throw his star badge. And on Tuesday's episode, Ritesh was seen pushing Umar during the non-VIP task.

The non-VIP contestants finally got the chance to win prize money of Rs 50 lakh by winning the BB Games. This tournament had a series of tasks between VIPs and non-VIPs. The non-VIPs will go after their prize money, and the VIPs have to do everything to stop them.

In one of the initial tasks, both the teams have to collect more points to get a step ahead in the game. While Devoleena was the 'Sanchalak' for VIPs, Shamita helmed this role for the non-VIPs.

As Ritesh tried to steal the other team's coins, Umar lunged at him and both got knocked down. Ritesh was seen using extreme force to get coins from Umar who was protecting it. Pratik Sehajpal intervened and tried to separate Ritesh from Umar. Ritesh even tried to fake his stand saying that Umar was the first one to push him, which was totally opposite. However, Umar managed to keep his cool.

At the end, Devoleena called for Umar's disqualification, but Shamita started defending him. So, Devoleena stopped the game and shouted at Shamita saying there was a foul. She blamed Shamita, while she in turn put the blame on Devoleena, saying, "This entire task was spoiled because of Devoleena."

While the competitive task got escalated to a whole new level, viewers have called out Ritesh's violent behaviour in the house. They have demanded the makers to take action against Ritesh.

#PratikSehajpaI was trying to separate #Ritesh from #UmarRiaz . Then Ritesh ne Pratik ka gala pakda and dhakka bhi diya. This man is violent on whole another level. #BiggBoss15 take action before someone gets seriously hurt.

Still no action against him

I've noticed #Ritesh disrespecting #RakhiSawant in these last two days. And moreover, he is highly violent. The way he pulls #UmaRiaz 's hands and pushes around in this task, clearly shows his aggressive side.

I don't like Umar but #RakhiSawant n #Ritesh were wrong to physically attack him!!#bb15

Hats off to #UmarRiaz for keeping his cool!!

If I was in his place, I would seriously "accidentally" hurt this #Ritesh guy very bad!

What the hell he was doing

He is actually a kind a over smart person

#Ritesh @BiggBoss #BB15 @justvoot @ColorsTV Are you guys for real ? Throw out your Farzi Jija from the house. He is bloody so aggressive and cunning. The way he was pushing #UmaRiaz and #Pratik wtf was that.Dangal chal raha hai kya. Ask him to go back to his hometown. ????

Keep watching this space for the latest updates on Bigg Boss 15.