Music Video: Tumsa Koi Pyaara Koi Masoom Nahi Nahi, this is the reason for more than one hit in Bhojpuri as well as Bollywood

Tumsa Koi Pyaara Koi Masoom Nahi Hai Bhojpuri Song, the reason why he is continuously giving more than one hit in Bhojpuri as well as Bollywood 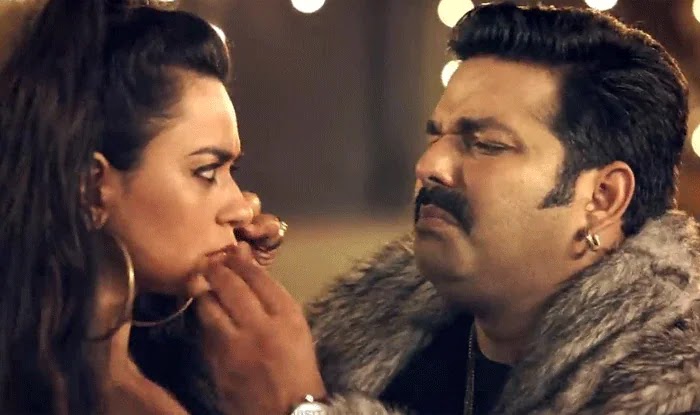 Another new song of Power Star Pawan Singh, who has made people crazy with his heart-touching voice, has created a ruckus. This song is 'Tumsa Koi Pyaara', which is currently trending at number 3 on YouTube. This song has been viewed by 6 million people in less than 24 hours and it is also becoming increasingly viral. This song by Pawan is the Bhojpuri version of the super hit song 'Tumsa Koi Pyara' from Govinda and Karisma Kapoor's film Khuddar. , which has been released from the YouTube channel of Tips Bhojpuri. Pawan has teamed it up with Priyanka Singh. Music of the song is by Priyanshu Singh and lyrics by Roshan Singh Vishwas. While the music in its original song was by Anu Malik and lyrics by Rahat Indori. Soundarya Sharma and Lekha Prajapati are seen with Pawan Singh in this song.

This is the reason why he is continuously giving more than one hit in Bhojpuri as well as Bollywood and people are also liking him very much.

In the same sequence, Tips have brought this super hit song Pawan from Bhojpuri and he says that the audience should give it a lot of love and blessings.