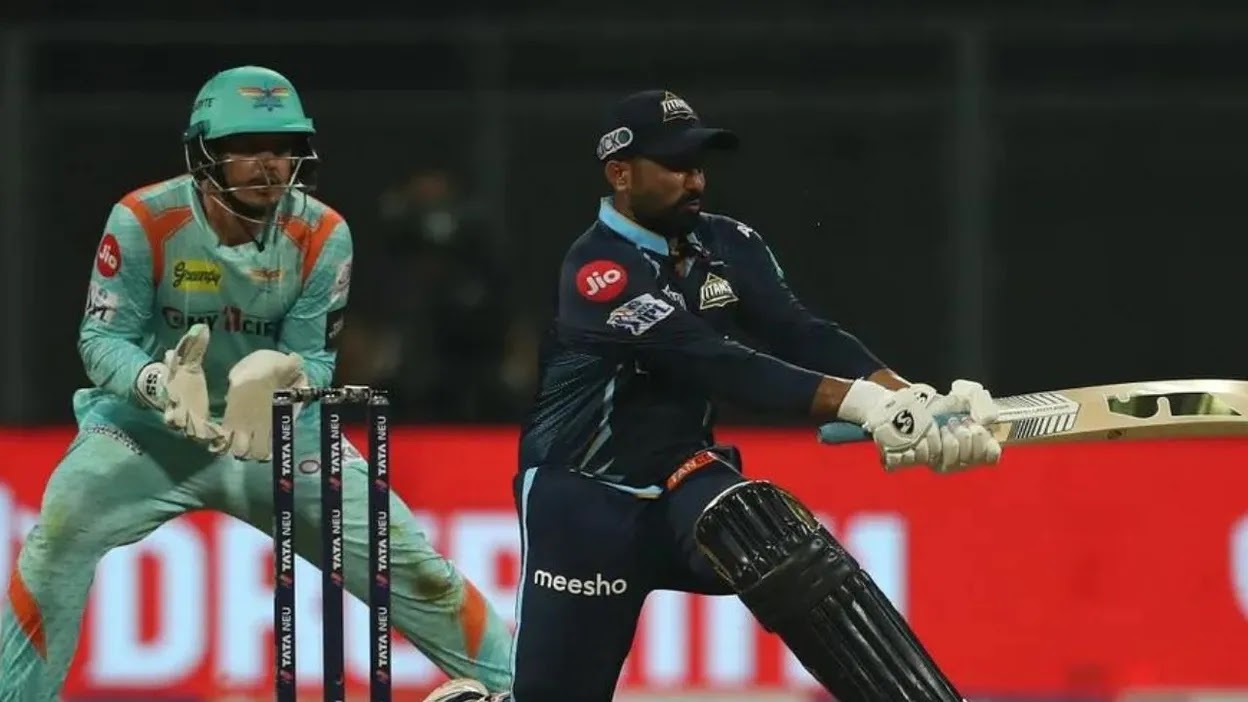 Hardik Pandya made his captaincy debut with a win as Gujarat Titans defeated Lucknow Super Giants by 5 wickets in a thrilling match played at the Wankhede Stadium in Mumbai.

After Gujarat captain Hardik Pandya won the toss and elected to bowl first, Lucknow Super Giants recovered from the initial setbacks and scored 158 runs in 20 overs on the back of half-centuries from Deepak Hooda and Ayush Badoni. Chasing this target, Gujarat Titans completed it by losing 5 wickets in 19.4 overs.

So this is how it feels – FIRST WIN!

For Gujarat, Rahul Tewatia played an explosive innings of 40 not out where he was finally supported by young Abhinav Manohar who added 15 runs. Subman Gill, who came to open the innings, was dismissed without opening the account, while Matthew Wade scored 30 runs. Captain Hardik Pandya also played an innings of 33 runs. David Miller added 30 runs in an aggressive manner in the middle order.

Earlier, going to bat, the Lucknow team had a bad start, with captain KL Rahul going on the very first ball without opening an account, while the team lost several important wickets in the powerplay. However, there was a great partnership between Deepak Hooda (55) and Ayush Badoni (54) in the middle over.