Kareena to make OTT debut with a film based on a novel; here are more such thrillers you can stream on OTT now

Kareena to make OTT debut with a film based on a novel; here are more such thrillers you can stream on OTT now

This morning, Kareena Kapoor Khan announced that she is all set to make her OTT debut with Netflix’s original film which will be directed by Sujoy Ghosh. The movie will be based on the book The Devotion of Suspect X by Keigo Higashino. It is known as the best work of Higashino, and now, everyone is eagerly waiting for the film. Well, in Bollywood earlier, many films have been made which were adapted from a book. So, before Kareena’s version of The Devotion of Suspect X releases on Netflix, here’s a list of thrillers adapted from books that you can stream on OTT now… 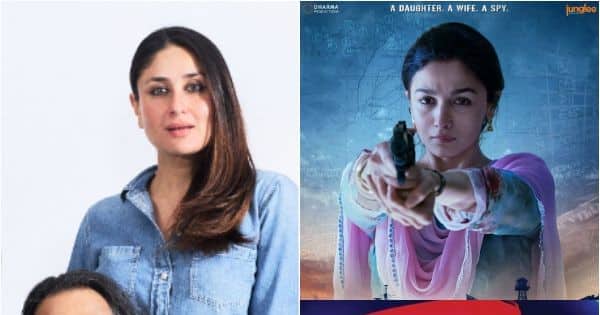 Raazi (Amazon Prime Video)
Alia Bhatt starrer Raazi was based on Harinder Sikka's 2008 novel Calling Sehmat. The Meghna Gulzar directorial was a hit at the box office, and it is now streaming on Amazon Prime Video. Also Read - Celina Jaitly shares an awkward Throwback picture with Priyanka Chopra; wonders what were they thinking while posing

Black Friday (Netflix)
After a lot of controversies, Anurag Kashyap’s Black Friday was finally released in theatres in 2007. The movie was an adaptation of Black Friday: The True Story of the Bombay Bomb Blasts, a book by Hussain Zaidi. The film is now available on Netflix.

7 Khoon Maaf (Netflix)
Priyanka Chopra gave one of her career’s best performances in Vishal Bhardwaj’s 7 Khoon Maaf. The movie was based on the short story Susanna's Seven Husbands by Ruskin Bond. You can watch the movie now on Netflix.

Pinjar (Amazon Prime Video)
Urmila Matondkar and Manoj Bajpayee starrer Pinjar was set against the backdrop of partition. It was an adaptation of a Punjabi novel of the same name, written by Amrita Pritam, and won the National Film Award for Best Feature Film on National Integration. It is now streaming on Amazon Prime Video.

Omkara (Zee5)
Vishal Bhardwaj’s Omkara starring Ajay Devgn, Saif Ali Khan, Kareena Kapoor Khan, and Vivek Oberoi was adapted from William Shakespeare's Othello. The film did very well at the box office, and you can now watch it on Zee5.