But as always, it seems as Urfi's video was not much appreciated by the netizens. Within no time, they slammed the actress and flooded the comments se 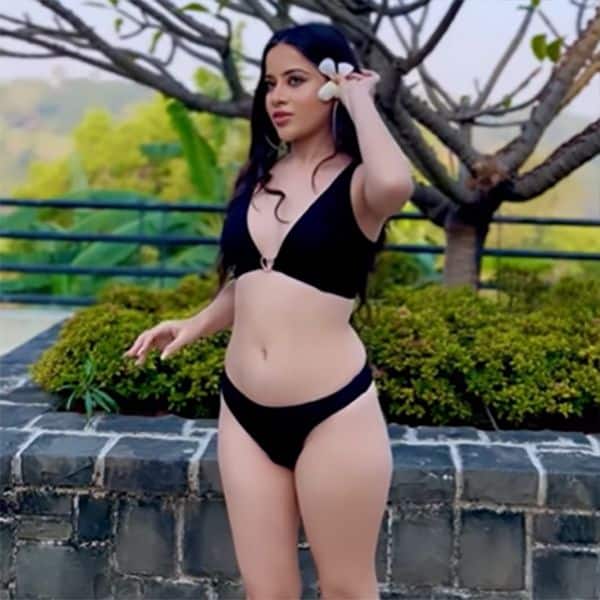 Bigg Boss OTT fame Urfi Javed has always managed to grab the limelight with her bold fashion choices. The gorgeous diva has always been targetted by trolls on social media for her outfits and styling. But, the actress knows how to handle these trolls and haters in the best possible way. on Saturday, Urfi shared a video on her Instagram wherein she donned a sexy black bikini. Urfi flaunted her well-toned figure in the bikini. She completed her look by leaving her long tresses open and subtle make-up. In the video, Urfi was seen plucking flowers from a tree and putting it in her hair. She captioned the post as, “I’m a rose that came from concrete! #reels #reelitfeelit #reelkarofeelkaro #rotd.”

But as always, it seems as Urfi's video was not much appreciated by the netizens. Within no time, they slammed the actress and flooded the comments section with hate messages. The netizens even mocked her fashion choices. One user wrote, “tumhe phool ki nahi kapdo ki zaroorat hai.”, while another one wrote, “pata nahi kya hi pehna hai.”

Well, this is not the first time that Urfi has got trolled on social media. She manages to leave netizens stunned with her sartorial choices and often grabs the headlines. Recently, Urfi was spotted in the city donning a green top paired with brown trousers. In the video, she spoke about how one should not care about what people think about them. “Why to care about who likes you or not. They don’t even like themselves!" she wrote.