Viral Video Shaheen Afridi messed up with David Warner, both of them came so close on the field, a flood of memes came on social media

David Warner And Shaheen Shah Afridi Funny Video: The third and last test match between Pakistan and Australia is being played at Gaddafi Stadium in L 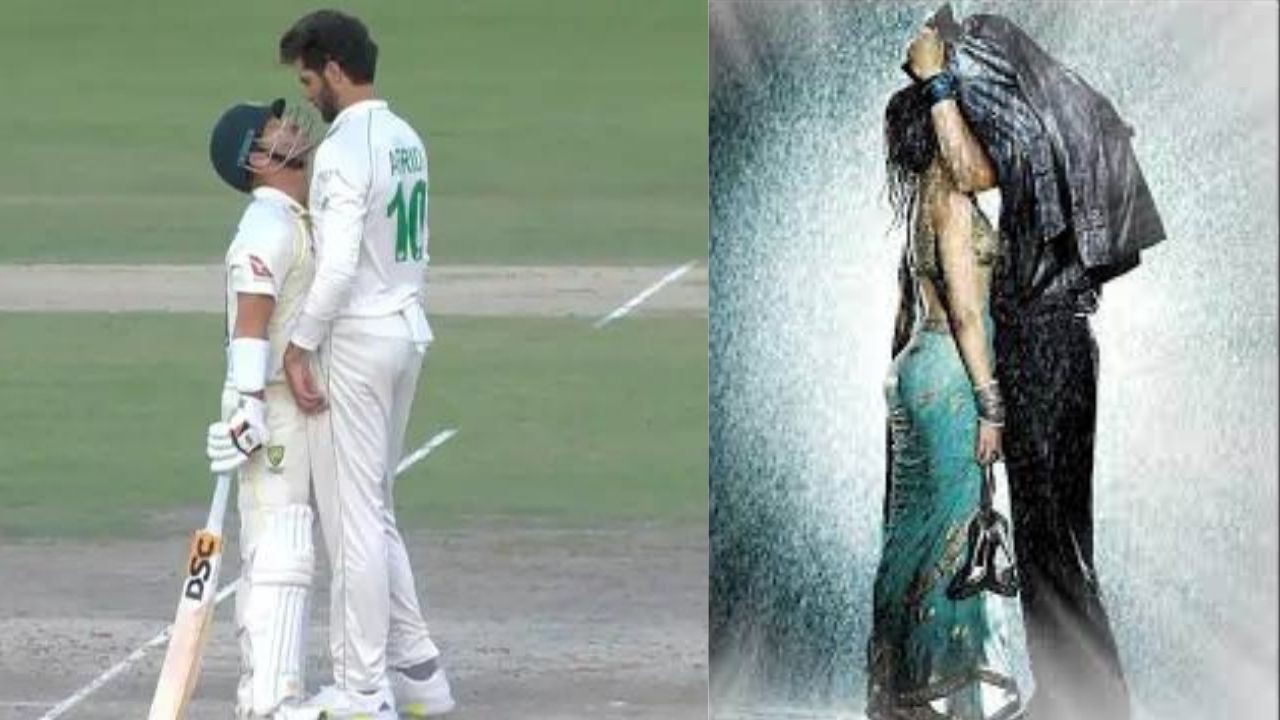 David Warner And Shaheen Shah Afridi Funny Video: The third and last test match between Pakistan and Australia is being played at Gaddafi Stadium in Lahore. In the first innings, Pakistan's team started well but after that the team fell apart.

The team was all out on the score of 268. In the second innings, the team was reduced to 268 runs. Australia then made 11 runs for no loss in the second innings and took a lead of 134 runs. The play of the third day of the match ended in a dramatic fashion. Something happened in the last over of the day whose video is becoming very viral on social media.

Actually, Shaheen Afridi was bowling the last over of the day and David Warner was batting at the batting end. Afridi's last ball as a bouncer to Warner, which Warner pushed softly. Meanwhile, Afridi came very close to Warner after bowling and started making eye contact with him. In such a situation, where Warner was going to be behind, he also started making eye to eye with Afridi. After this both the players started laughing. Its video is becoming increasingly viral on social media. Funny comments of fans are coming on this video.

Flood of memes on social media

french kiss could not be done because there was helmet as barrier😁 pic.twitter.com/Qyw45YTiyA

french kiss could not be done because there was helmet as barrier😁 pic.twitter.com/Qyw45YTiyA

Let us tell you that in the current third Test, Australia took a lead of 134 runs after bowling Pakistan out for 268 runs in the first innings. Pat Cummins took five wickets while Mitchell Starc took four. Australia scored 391 runs in the first innings after winning the toss. Usman Khawaja scored 91 runs. The three-match series is tied at 0-0 and the decider is being played at the Gaddafi Stadium in Lahore.