Congratulations to TV couple Dheeraj Dhoopar and Vinny Arora. The couple is all set to experience fatherhood for the first time. 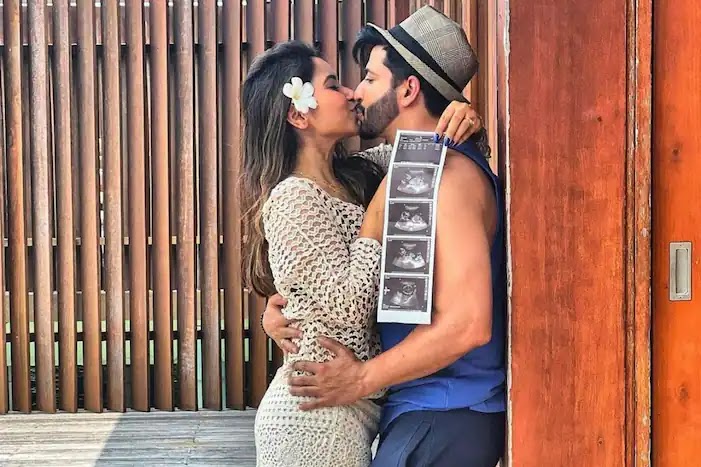 Congratulations to TV couple Dheeraj Dhoopar and Vinny Arora. The couple is all set to experience fatherhood for the first time. The two, who fell in love during the filming of their show in 2016, have been married for many years. Dheeraj and Vinny took to their social media handles to share the news with adorable posts with their fans and followers.

Vinny Arora took to her Instagram handle and dropped two adorable pictures and captioned it, “We’re expecting, a tiny miracle 💫August 2022 ♥️ (sic).” In the photo, the two are kissing each other while holding sonography photos of the baby in her hands.  Vinny and Dheeraj can be seen beaming with delight as they share the news.

In 2009, they met on the set of their television show Mata Pitah Ke Charnon Mein Swarg. For the two, it was practically love at first sight, and their off-screen chemistry was apparent. The pair dated for over seven years before deciding to marry and cement their relationship.

We wish nothing but the best for Dheeraj and Vinny!