Indian-American singer Falguni Shah, who goes by the stage name Falu, has won the Grammy Award for Best Children's Music Album this year for A Colorfu 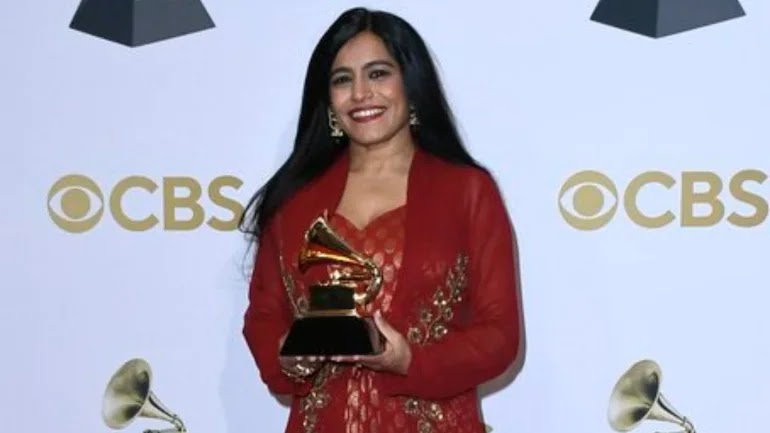 Indian-American singer Falguni Shah, who goes by the stage name Falu, has won the Grammy Award for Best Children's Music Album this year for A Colorful World. She took to Instagram and shared the happy news with a heartfelt note.

"I have no words to describe the magic I have today. What an honor to be performing for the opening number of the Grammys premiere ceremony, and then a statue on behalf of all the incredible people working on a colorful world home Move," she wrote in the caption.

"We are humbled and thank the Recording Academy for this tremendous recognition. Thank you," she said as she shared a set of photos from the awards night.

She looked gorgeous in a traditional red and gold ensemble at the Grammy Awards 2022.

The singer is currently based in New York and has been nominated for a Grammy Award in the past in the Best Children's Music Album category. She has also worked with AR Rahman earlier. Currently, she sings and writes for her band.

The 64th Grammy Awards ceremony took place this morning in Las Vegas. This year, John Batiste won big as she won the Album of the Year award. Olivia Rodrigo won Best New Artist while Silk Sonic won Song of the Year as well as Record of the Year.