Hunarbaaz Winner: Akash Singh of Bihar became the winner of Hunarbaaz, got a gleaming trophy and Rs 15 lakh

TV's popular reality show Hunarbaaz-Desh Ki Shaan has got its winner. Akash Singh of Bihar has become the winner of the first season of the show Hunar 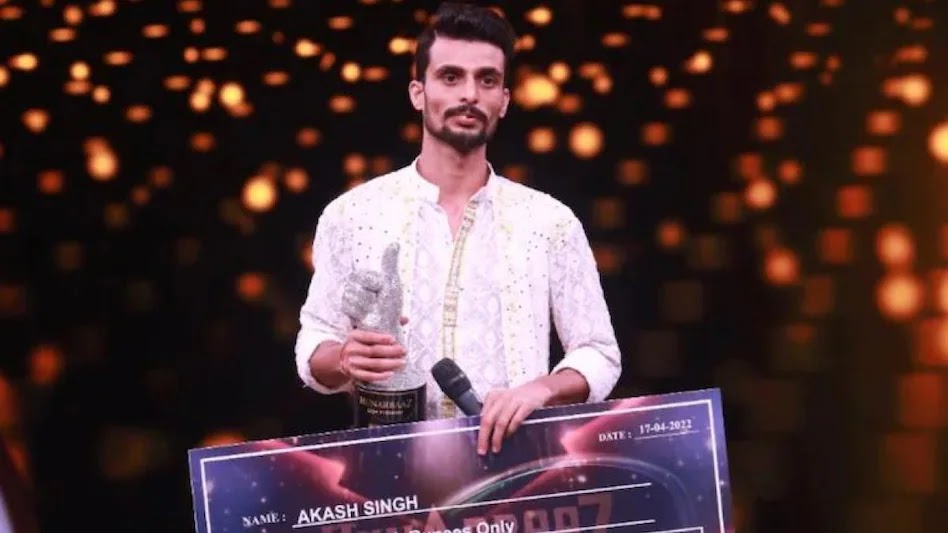 TV's popular reality show Hunarbaaz-Desh Ki Shaan has got its winner. Akash Singh of Bihar has become the winner of the first season of the show Hunarbaaz.

Akash has also received prize money of Rs 15 lakh along with a magnificent trophy. Akash is super happy and excited to be named the winner of such a big show.

Akash has won the trophy of the show on the strength of his talent. Akash had told from his performance on the very first day of the show that he was full of talent and talent. Seeing Akash's performance and listening to the story of his struggle, Parineeti Chopra appeared emotional many times in the show.

Akash won everyone's heart with his performance and talent with his honesty and simplicity and now Akash has become the winner of the show. For Akash, this victory is no less than a beautiful dream come true. At the same time, Mumbai's Nala Sopara's dance group was the first runner up of the show Yo Highness.

Akash said this after becoming the winner of the show

On becoming the winner of Hunarbaaz, Akash said – I cannot express my feelings in words. I started my journey dreaming of becoming big in the show and today after winning the show I feel like I have got everything.

I would like to thank the judges of the show Karan sir, Mithun sir, and Parineeti ma'am for supporting me throughout my journey. I also want to thank my family and friends.