In recent news, photos of half-naked men reportedly standing inside a police station in Madhya Pradesh have been going viral. 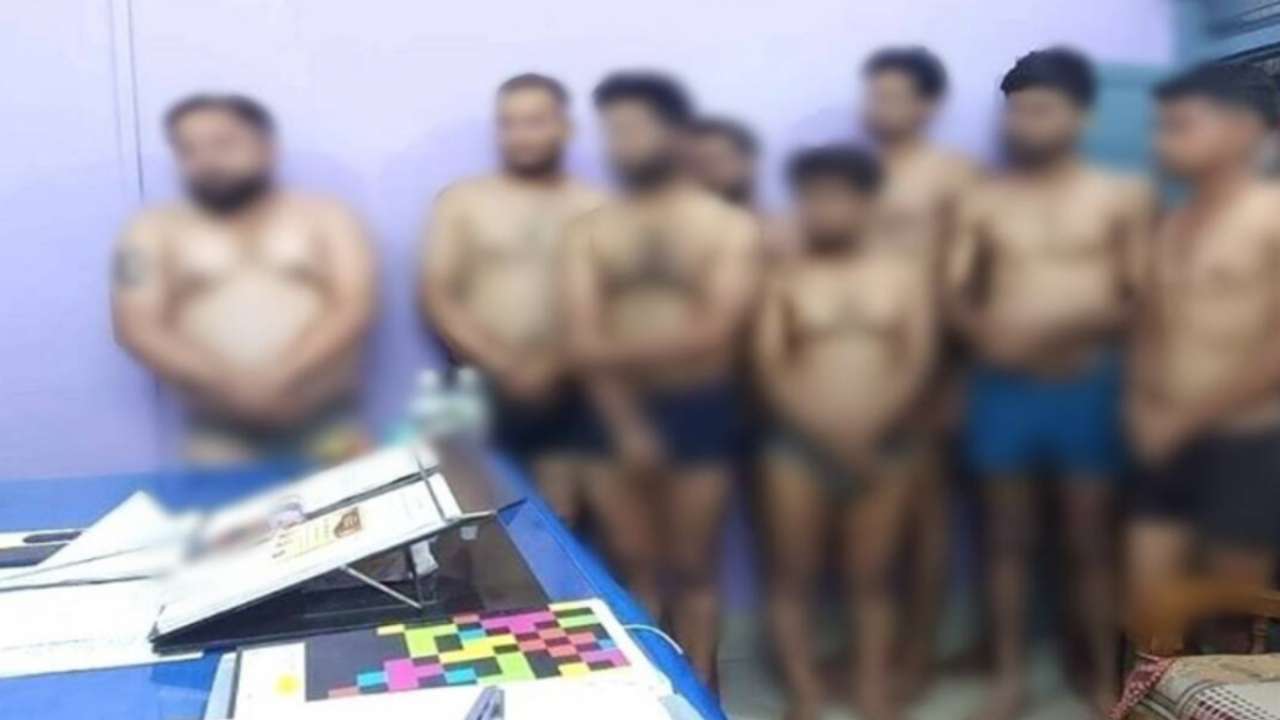 According to IANS reports, Kanishk Tiwari, along with others, were arrested while they went to the police station to inquire about Neeraj Kunder - a theater musician who was arrested for allegedly using abusive language in the BJP legislature and his son.

The group was reportedly arrested for protesting under Conder. The policeman said during the protest they were sitting on the street, "they interrupt public transportation".

Shortly after Tiwari and the other men were arrested by MP police, pictures of them being seen stripping off their underwear spread. The photos are said to have been clicked on April 2.

Tiwari told IANS that he and others were protesting the arrest of Neeraj Kunder, who was detained by police on the basis of FIR filed by BJP MLA from Sidhi, Kedarnath Shukla. According to a reporter, he went to the police station to inquire about underground Kunder, at the request of his family.

Tiwari said that although he was present for journalistic reasons, police arrested him and detained him for about 18 hours, "severely beating him".

As per IANS reports, the journalist said, “I am working as a freelance journalist and recently I had filed a report that was deemed to be against Kedarnath Shukla, and because of that news, I was targeted.”

Videos that were circulated on social media show that Tiwari, along with others, was protesting outside the police station and was raising slogans against MLA Shuka and Madhya Pradesh Chief Minister Shivraj Singh Chouhan. The video further shows protestors being arrested and thrashed by the police.

Sidhi Superintendent of Police Mukesh Srivastava, while talking to IANS, said, “During the investigation, it was found that Kunder had created an account on Facebook with a fake identity. We have also sought an inquiry report from Facebook and we were told that the account was created using a fake ID. Subsequently, he was arrested on April 2 and presented at the court.”