n the second match of IPL 2022 played on Sunday, Gujarat team came down to face Chennai Super Kings under the captaincy of Rashid Khan 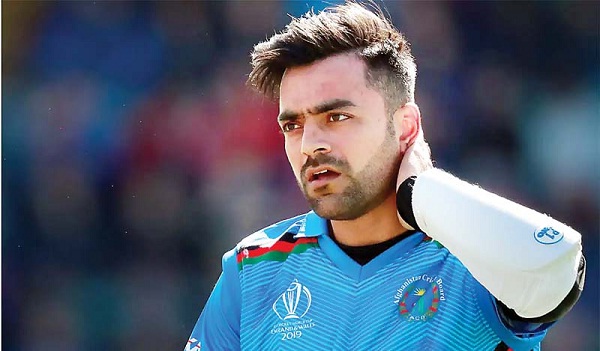 In the second match of IPL 2022 played on Sunday, Gujarat team came down to face Chennai Super Kings under the captaincy of Rashid Khan. Rashid Khan, who made his IPL debut in 2017, got a chance to captain the IPL for the first time and he has succeeded in the first Test of captaincy by giving Gujarat a thrilling three-wicket win with one ball to spare against last time's champions Chennai Super Kings.

Rashid played a blistering knock of 40 off 21 balls

Rashid Khan first bowled tightly, giving away 29 runs in 4 overs and could not get any wickets. But chasing a target of 170 runs while batting, Gujarat lost 5 wickets for 87 runs in 12.4 overs. In such a situation, Rashid played a 21-ball 40-run atishi innings to bring the team closer to victory.

During this time, he turned the tide of the match by hitting three sixes and a four (6,6, 4,6) off the opening four balls of the 18th over bowled by Chris Jordan. Jordan plundered 25 runs in the over.

It's a pleasure to contribute to the victory as a captain.

After the win in the match, captain Rashid Khan said, "As a captain, it feels great after getting the first win in the first match of the IPL. To do something special for the team while captaining for the first time is like a dream come true. It's a memorable moment for me altogether. ’

Asked Miller to take the match to the end

What was the team thinking when they lost 3 wickets for 16 runs and David Miller came out to bat? In response, Rashid said, "We just wanted to take the match to the end as much as possible. We knew that on this pitch, if we took the match to the last overs and also had to score 90 runs in 7 overs, we were able to achieve that target.

All these things were going on in our minds when we told David to go and take the match till the end. Overall it was our plan because our lower-order batting is good. They can hit the ball fast.

Lack of a batsman

During the toss, you said that there is less of a batsman in the team, so did you feel like why we did it during the match? In such a situation, there is such a discussion but there was also talk that I have not batted in the first five games. If I get a chance, I'll do something.

Used his abilities against Jordan

Talking about Chris Jordan's 25-run knock in an over, Rashid said, "I used my abilities, I discussed it with Miller, I have to keep my focus and hit the ball sharply and then I did the same.

At that point I had to come forward and take the responsibility, I told Miller that I want to try to hit a shot towards the shorter boundary, if we get 20 runs in this over, we have to make around 30 runs in the last two overs. Luckily they bowled where I wanted to and were able to score runs by playing shots as per my plan.

Capture the first place done firmly in the points table

With this win, the Gujarat Titans team has occupied the first place with 10 points with 5 wins in 6 matches. This is his fourth consecutive win. This victory also matters because in the absence of captain Hardik Pandya, who has become the axis of the team, the team has won this match in its name. Which is a confidence booster for the team.