Kangana Ranaut will be seen in 7 looks in 'Dhaakad', will launch the film's teaser on this day

Kangana Ranaut is all set to win the hearts of the audience with her upcoming film 'Dhaakad'. Kangana will be seen in an action-packed role in the fil 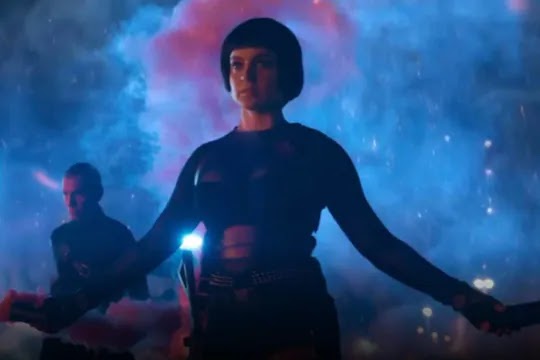 Through this clip, information about the teaser announcement of the film has been given. It can be seen in this that Kangana is seen in Warrior avatar. She is seen dressed in combat attire. She has also experimented with her hairstyle.

You must have never seen Kangana Ranaut in this avatar before. Kangana will be seen doing many fight scenes in the film. These scenes have been designed and choreographed by an international technician. She is playing the role of Agent Agni in the film. Sharing this clip, Kangana Ranaut wrote, "Agni is coming... the teaser of Dhakad will come tomorrow."

The director of the film, Rajneesh Ghai said, “A new action star is rising, with Dhaakad, Kangana has become a master in changing her look and voice. Every look is unique and we have never seen Kangana in action like this before." The film also stars Divya Dutta and Arjun Rampal in lead roles. Arjun and Kangana will be seen fighting with each other in Dhaakad.

'Dhaakad' teaser to be launched today

The teaser of 'Dhakad' will be launched on Tuesday, April 12, in which many elements will be seen. The teaser is also being associated with 'KGF: Chapter 2'. The film has been dubbed in many international languages. 'Dhaakad' is produced by Deepak Mukut and Sohail Maklai.