This season of Chennai Super Kings, one of the biggest teams in the history of IPL, is not going well. The team has lost its first four matches, while 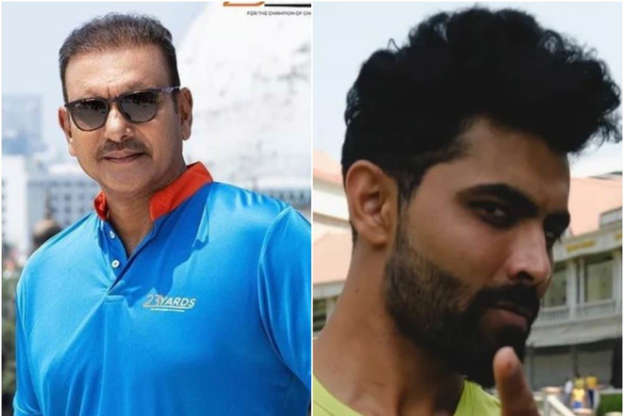 This season of Chennai Super Kings, one of the biggest teams in the history of IPL, is not going well. The team has lost its first four matches, while their next match is going to be against RCB. In this match, the new captain of the team Ravindra Jadeja will face the challenge of proving himself once again.

So far Jadeja's game has not been that good as a captain. After Harbhajan Singh, former head coach of Team India Ravi Shastri has also asked for Jadeja that he is hesitant or backing down from captaincy. He has to come forward and take charge of the team.

The former head coach told ESPNcricinfo that Ravindra Jadeja has to prove himself as a captain and make a positive impact on the players of Chennai Super Kings. He said, “It makes a lot of difference, you are taking the place of the best captain in IPL and it is fair to expect Dhoni to captain you. But, replacing Dhoni is not easy.

He further said, “I want Jadeja to prove himself as a captain. I think they are holding back a little bit. I want him to talk to his players as much as possible and stay fully connected with what is going on on the field. The new captain should do such things early in his career because once the body language as a captain starts showing, then the rest of the team has an effect on it.”

CSK lost 4 matches in a row

Defending champions Chennai Super Kings have not started IPL 2022 well. After changing the captain, the team has lost all three of its opening matches. The team is at 10th position in the points table. In this season, the team is missing the fast bowler Deepak Chahar a lot. Because Chahar has been the wicket-taker for the team with the new ball. Last season, Chahar took 14 wickets in 15 matches. But this season he is still out of the field due to injury. It is not yet clear when he will return to the field. The players who came in his place in the team have not been able to leave their mark.

Jadeja flopped in both captaincy and batting

Captain Jadeja has also flopped as a batsman. He could not even open the account in the last match against Punjab Kings. Whereas in the remaining three matches, he has scored only 17, 26 and 23 runs.