The 18th match of IPL 2022 was played between the most successful team Mumbai Indians and Royal Challengers Bangalore, former captain of Royal Challen 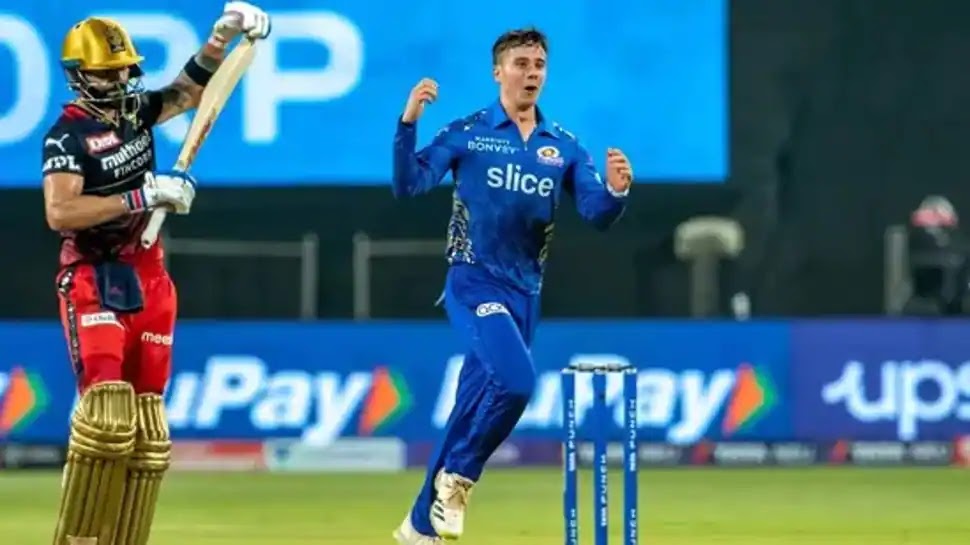 After winning the toss, Bangalore captain Faf du Plessis chose to bowl first, batting first, Mumbai Indians set a target of 152 runs for Bangalore. Which the Bangalore team achieved with 7 wickets in 18.3 overs. But during this, Virat Kohli, who was batting brilliantly, was furious after being declared out by the umpire.

The matter of dismissing Virat Kohli is in the 19th over of the second innings, this over Devald Brevis came to bowl and he trapped Virat Kohli in front of the wicket on the very first ball. With a big appeal, the Mumbai fielders appealed to the umpire for out and the umpire also declared him out.

Kohli knew that the ball had hit his bat before, due to which he immediately took a review. Kohli looked confident for this review. When the third umpire checked at the ultra edge, he found that the ball was hitting the bat and pad simultaneously, due to which he decided to go with the umpire's decision. After this he called Kohli out LBW.

While going out of the field, Virat Kohli did not look happy at all and he hit the bat in the ground. Not only this, Virat's fans are also expressing their displeasure through social media.